Are you interested in a trip through Vienna's city center? Then you are right with us. Fiaker business Frank Wulf.

Tours through the enchanting city of Vienna

A reservation is recommended! Inquiries for a desired date are welcome by email or phone

Request via eMail
(at least 2 days in advance)

Here you can make a reservation

Individual routes, transfers from the hotel, trips to the Prater, etc. by arrangement. 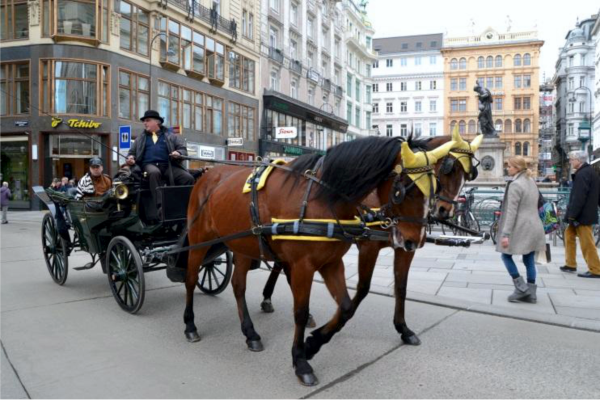 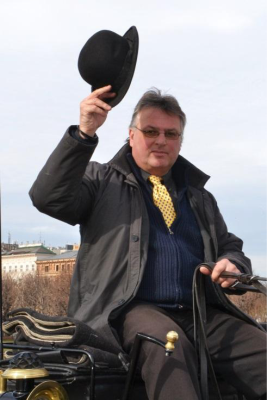 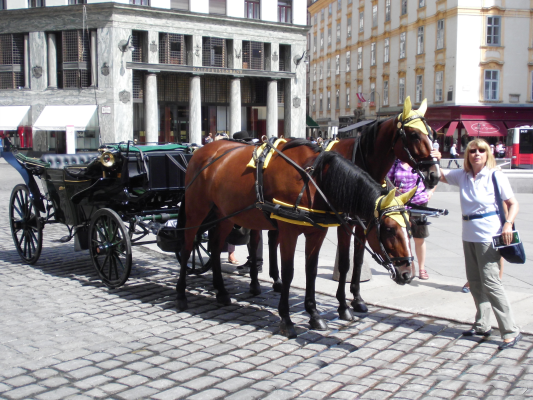 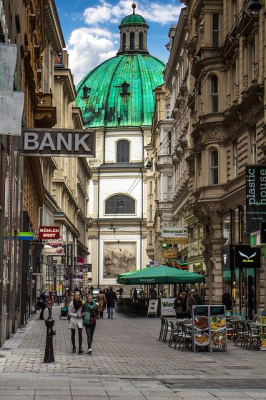 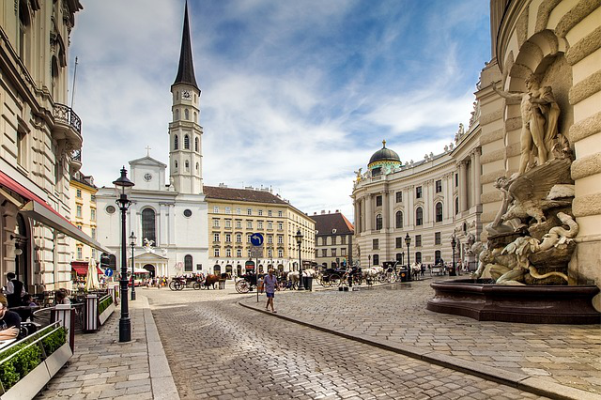 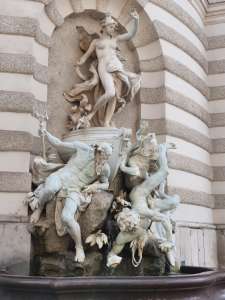 Vienna is the federal capital of the Republic of Austria and at the same time one of the nine Austrian federal states.

Architecturally, Vienna is still characterised above all by the buildings around the Vienna Ringstrasse from the Wilhelminian period, but also by Baroque and Art Nouveau. Due to its role as the imperial capital and residence of the Austrian Empire from 1804, Vienna became a cultural and political centre of Europe. Around 1910, when Vienna was still the capital of the Habsburg Monarchy, the city had over two million inhabitants. Today, the historic centre of Vienna and Schönbrunn Palace are UNESCO World Heritage Sites. With around 7.5 million tourists and around 16.5 million overnight stays per year, Vienna is one of the most visited cities in Europe.

Eating and drinking culture, Viennese Schnitzel, Sacher cake with whipped cream, The Naschmarkt around 1900, Viennese cuisine
Traditional Viennese cuisine has been shaped by the earlier influences of immigrants from the regions and countries of the imperial and royal monarchy. Monarchy. Due to the city’s location near the border to Hungary and former Bohemia, dishes from these countries can be found on the menus. Goulash, for example, with its Viennese variants – Viennese, Fiaker and Gypsy goulash – originated in Hungary. From Bohemia came mainly the pastries, such as various strudels, golatschen and pancakes, as well as different varieties of dumplings. The Wiener Schnitzel and Tafelspitz are particularly popular.

The largest and most varied market with permanent stalls is the Naschmarkt, where fruit, vegetables, spices, fish, meat and much more from all over the world can be bought. The Naschmarkt is considered Vienna’s speciality market. The longest street market in Europe, on the other hand, is the Brunnenmarkt in Vienna’s 16th district. Another special feature of Viennese culture is the Viennese coffee house, which serves a variety of coffee specialities as well as small dishes.

Viennese parks, forests and floodplains
Vienna has many different parks and is one of the cities in the world with the highest proportion of green space, accounting for half of the city area. In the city centre there are several parks whose history dates back to the 16th century and which are richly endowed with monuments and park buildings. These include the Stadtpark, the Burggarten adjoining the Hofburg, the Augarten and the Volksgarten. Of the baroque gardens of the suburban palaces, the palace park of Belvedere Palace with the botanical garden has been preserved almost in its original size. Vienna’s largest park is the Wiener Prater in Leopoldstadt. At 600 hectares, it is almost twice the size of Central Park in New York and three times the size of Berlin’s Tiergarten. The former imperial hunting ground, which still consists largely of alluvial landscapes, was given over to the people by Joseph II in 1766. In the course of time, the exhibition grounds, where the 1873 World’s Fair was held, the Wurstelprater amusement park with its landmark, the Ferris wheel, and the Ernst Happel Stadium (formerly the Prater Stadium), Austria’s largest football stadium, were built around the green Prater.

Both sights and green oases are the Viennese cemeteries, which are considered places of recreation and invite you to take a walk. The Central Cemetery is not only famous for its graves of honour. There is also a Protestant cemetery, the new and old Jewish cemetery, an Islamic section, a Muslim-Egyptian section as well as numerous Orthodox sections and anatomy burial grounds.