Round trips to the central cemetery of

The number of carriages is limited!
We therefore ask you to reserve early! 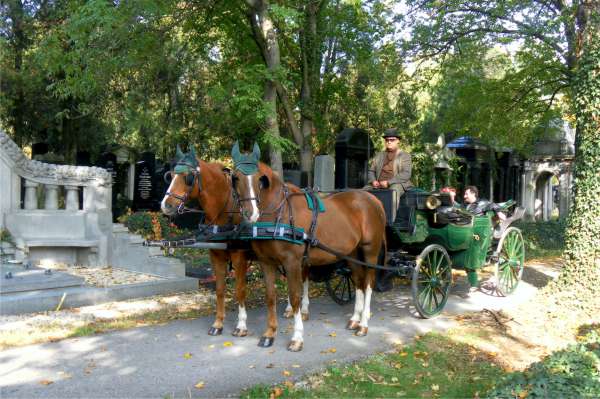 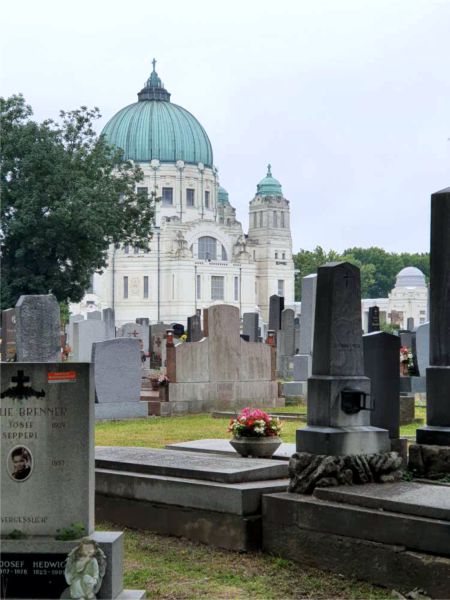 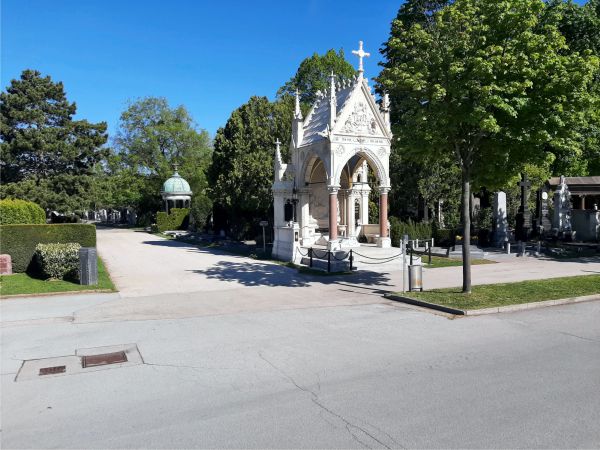 Discover Vienna’s Central Cemetery in a completely new way.
The tour includes numerous graves of honour of prominent Viennese personalities.
With over 250 hectares of space and its 1000 graves of honour of Beethoven, Schubert, Mozart, Anton Salieri, Falco, Adolf Loos, Curd Jürgens and Hans Moser…to name but a few, it also shows its visitors the natural beauty of this cemetery.

Experience the unique atmosphere of one of the most beautiful cemeteries in Europe with the Central Cemetery.
The Frank Wulf horse-drawn carriage company is the only one with a licence for tours of Vienna’s Central Cemetery!

The long way to the final rest

One problem the city had to solve was the transport of corpses. With hundreds of dead bodies per week, which at that time had to be brought to the newly built necropolis by horse-drawn carts, these never-ending funeral processions soon became an everyday sight on Simmeringer Hauptstraße, much to the displeasure of the local population, who were visibly upset by this constant confrontation with death. From the first winter onwards, it happened again and again that convoys got stuck in the snow.

There were many proposals, concepts and plans for alternative means of transporting corpses, but none of them came to fruition. One concept envisaged the construction of a separate railway line for this purpose, starting from a central collection point in a former market hall. In the 1890s, a cemetery line of the Vienna Steam City Railway was planned, which would also have transported corpses. However, the numerous private undertakers at the time successfully objected to this. As an alternative, however, the tram was used to transport coffins from 1918 onwards.

The plan by architect Josef Hudetz and engineer Franz von Felbinger to transport corpses pneumatically in a long tunnel ending at the central cemetery, similar to the principle of pneumatic tube mail, was downright futuristic. Thus the dead continued to be transported by horse-drawn carts, but in 1925 a lorry was used as a hearse for the first time.

The political issue of „cremation
Not every Viennese wanted to go to their final resting place by way of burial in the ground. Since the end of the 19th century there had been more and more advocates of cremation, and at the beginning of the 20th century the Viennese Social Democrats and the workers‘ movement opposed the Catholic Church, which strictly rejected it, with their demand for a cremation hall. In 1921 the building of the fire hall Simmering in the since 1919 „Red Vienna“ was approved by the municipal council. On 17 December 1922 it was opened despite a ban ordered the day before by the Christian Social Minister for Social Administration Richard Schmitz (see Weisung (Austria)). This subsequently brought the Viennese mayor Jakob Reumann a complaint to the Constitutional Court; the Constitutional Court ruled that Reumann had made an excusable legal error and the fire hall remained in operation.

It was not until 24 October 1964 that the Vatican gave official approval for cremation. The following year, the Archdiocese of Vienna issued regulations for the blessing at a cremation, and in 1966 it was officially equated with burial in the ground.

The crematorium is not located on the grounds of the Central Cemetery, but on the other side of Simmeringer Hauptstraße, diagonally opposite the main gate (2nd gate).