Carriage rides in the city of the dead

Give the gift of the extraordinary - a voucher for a guided tour of the Central Cemetery in Vienna. 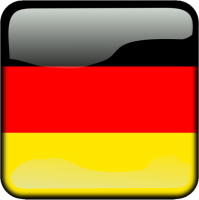 Round trips to the central cemetery of

The number of carriages is limited! We therefore ask for early reservation!

Use the option to order vouchers. The vouchers will be sent by post. 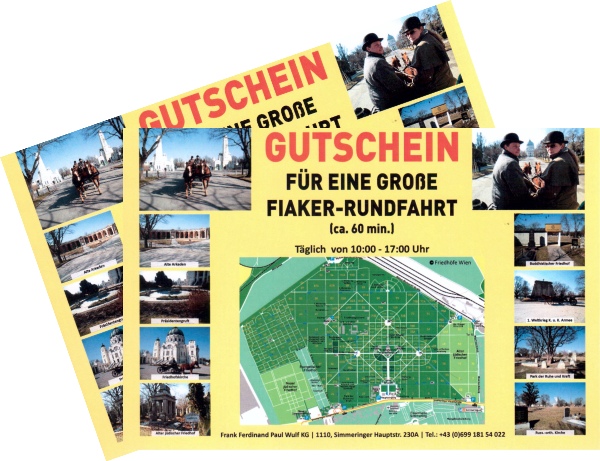 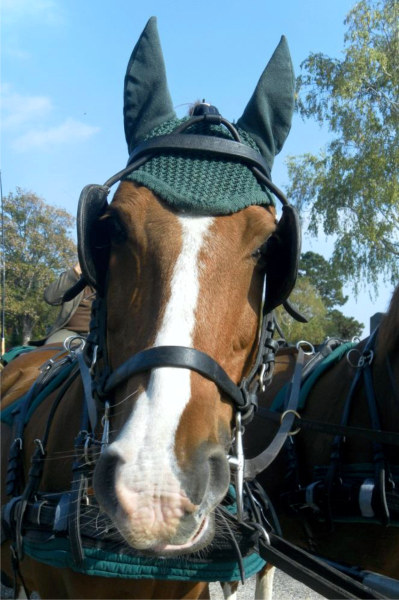 The layout of the cemetery

When planning the size of the cemetery grounds, it was assumed, in view of the strong urban growth and the expansion of the Austrian Empire at the time, that the capital and residence city of Vienna would develop into a metropolis with around four million inhabitants by the end of the 20th century. In the search for a suitable area, plots of land in Kaiserebersdorf, Rannersdorf, Himberg, Pellendorf and Gutenhof were shortlisted. Based on a study commissioned by the Vienna Municipal Council from the Imperial and Royal Geological Survey, the selection was narrowed down to the plots in Kaiserebersdorf and Rannersdorf, as these two areas had ideal soil conditions and flat locations for a cemetery. In this study, geologist Dionýs Stur referred to the favourable properties of the loess soil present there, which accelerates the decomposition process of corpses compared to other types of soil and reduces the risk of „spreading and spreading epidemic diseases from the cemetery“. It was also pointed out that loess soil was easy to work with, making the excavation of graves quicker, and that there was less danger of the grave walls collapsing.

The decision was ultimately made in favour of Kaiserebersdorf. In 1869, the municipal council approved the acquisition of a plot of land in Kaiserebersdorf and two small plots in Simmering. In 1870 a competition was held for the design of the cemetery. The design by the Frankfurt architectural team of Karl Jonas Mylius and Alfred Friedrich Bluntschli convinced the jury, and after only three years of construction (1871 to 1874) Vienna’s new „city of the dead“ was built.[3] However, as early as 1872 the Sankt Marx cemetery had to be closed to further burials, and space was also running short in the other communal cemeteries, which is why part of the grounds was used as a temporary cemetery about a year before the opening.

The original area is an irregular pentagon between Simmeringer Hauptstraße in the northeast and (clockwise) the allotment garden site Bei den Awaren, the Aspangbahn, today’s Mylius-Bluntschli-Straße accompanying it in the southwest and the Weichseltalweg in the northwest. Originally, the cemetery had eleven gates, the numbering of which starts clockwise at the corner of Weichseltalweg/Simmeringer Hauptstraße. The main entrance is Gate 2. From this entrance, whose pylons bear the intertwined Liberty monogram „GW“ (Vienna Municipality), a main axis aims southwest across the Old Arcades to the cemetery church, which is flanked by the New Arcades, and beyond the church to a nature garden on Mylius-Bluntschli-Strasse. To the left and right of the main axis, a rectangular grid plan develops, with five diagonal avenues superimposed. An oval of avenues surrounds the cemetery church and accompanies the New Arcades. Concentrically around this oval, three semicircular avenues together form a cross shape in plan, in the centre of which the Karl Borromäus Church was later built. In order to make the cemetery more attractive (see below: The unloved cemetery), the municipality announced a competition for its structural design in 1903, which was won by Max Hegele. By 1907, Hegele had built the main gate (Gate 2) and the two burial halls flanking the entrance area between Gate 2 and the Old Arcades. Hegele crowned the monumental complex in 1908-1911 with the construction of the Karl Borromäus Church. The administrative building in the entrance area today houses a café and the „Info-Point“.